Lillian F. Schwartz is a pioneer computer artist. Her meteoric career started to unfold when she worked as a nurse in the postwar occupied Japan. Between the ravaged cities of Hiroshima and Nagasaki she became sick with polio and partially paralyzed, drawing and calligraphy became tools for her to escape these physical constraints. After returning to the US she started to experiment with new available technologies, and according to German-American physicist Arno Penzias that’s how computer art was born. Due to her reduced mobility she has returned to create drawings by hand, but still communicating the spirit of her computer-mediated explorations. Now 94 she supplies a series of hand-drawn images temporalized into a new video work, with a commissioned soundtrack by Chinese producer Hyph11E. 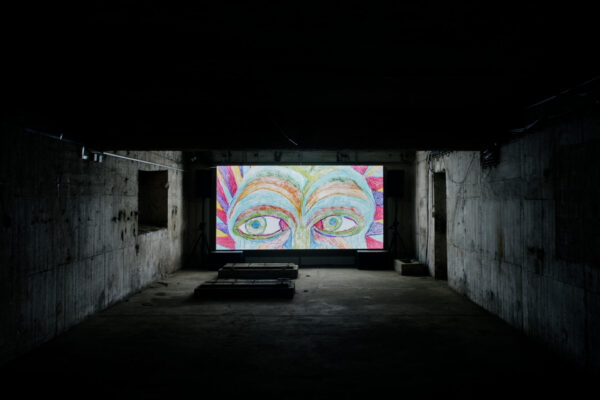