James Richard’s work with Leslie Thornton has been concerned with specific psychic and temporal states, rushes of interconnectedness and scientific wonder, as well as a sense of ecological dread and paranoia. The elements of their work have been generated from the third mind of collaboration, a channeling and at times consciously unsettling of each other’s sensitivities. When the radiographic machine first appears in Mann’s Magic Mountain it was thought to be a magical instrument that could render the body (and soul) transparent. In ‘Phrasing’, an eleven-meter-long in situ video projection, radiography retains this sense of a traveling vision that goes through objects, and makes apparent a magical, sinister and inverted reality. 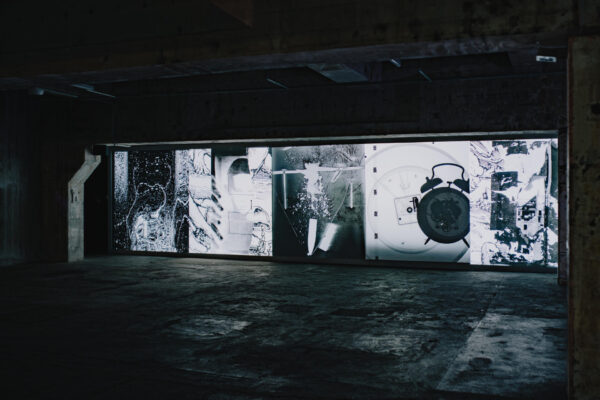