New York-based rap duo Armand Hammer deliver dense, sinewy homilies from the duskiest hip-hop margins – a siren call from the subterranean. With the Alchemist and editor Joseph Mault, they prepare a large-scale world-premiere multi-channel video installation for the Kraftwerk main hall. Shifts of music, lyrical and image logic construct a sonic-semantic-visual organ which feeds back into itself and reaches higher levels of system-output until it disappears. 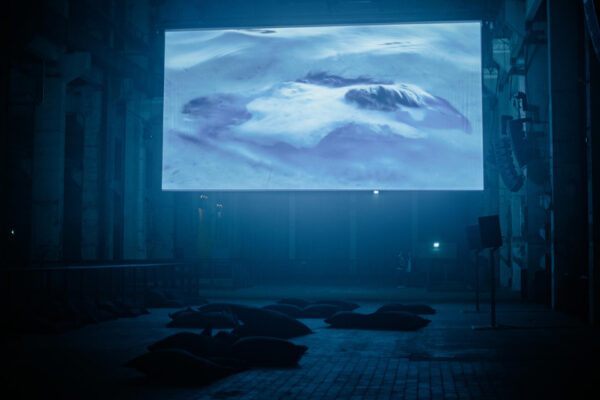